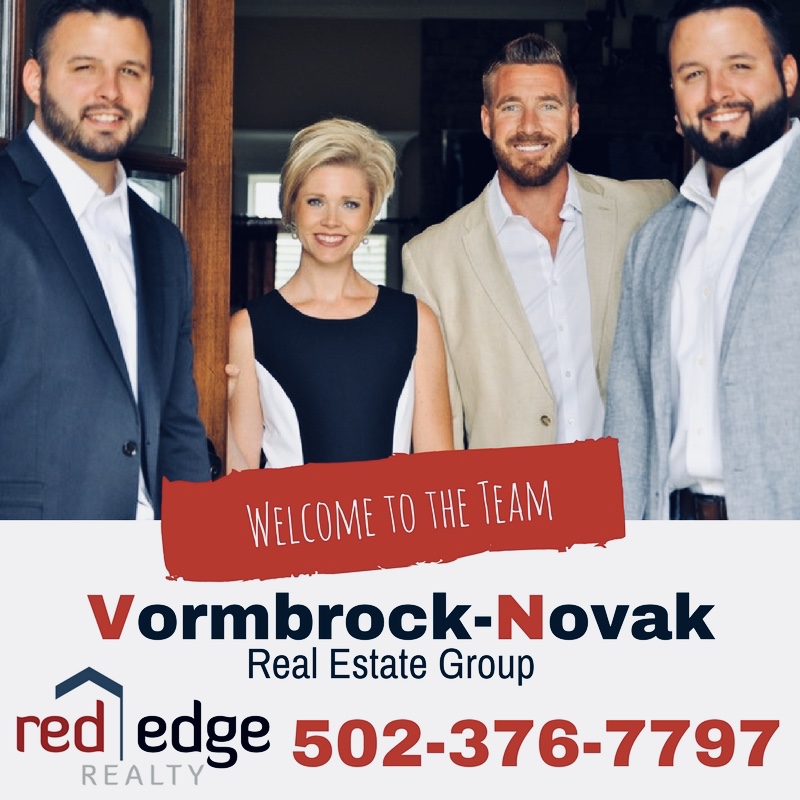 Red Edge Realty is always looking for talented, hardworking agents, which is why Bobby Vormbrock and his “A-Team” are an ideal fit. Bobby joined Red Edge on Feb. 14 as a Managing Partner after 15 successful years at RE/MAX.

“Bobby and his team are adding to the momentum we’re building at Red Edge,” says Mike Hall, Principal Broker, founder and owner of Red Edge. “It’s an exciting time to be part of real estate in and around Louisville – especially when you have agents that are the caliber of Bobby.”

The addition of Bobby and his team will further fuel the growth of Red Edge Realty, which Business First ranked in its Top 40 Real Estate firms in 2017, a year in which Red Edge agents sold 550 houses for $103 million in volume.

As a Managing Partner, Bobby will lead a new Red Edge office in Mount Washington. This marks the fourth Louisville-area office for Red Edge Realty, which has grown to 57 agents serving Kentuckiana.

Bobby’s past accomplishments include earning the rank of No. 7 RE/MAX Agent in Kentucky in 2016 and being inducted into the RE/MAX Hall of Fame in 2013, an honor bestowed upon agents exceeding $1 million in commission.

When asked why he came on board at Red Edge Realty, Bobby said, “The opportunity to grow here at Red Edge was a much better fit for me and my team.” Plus, the firm’s fees and commission plans are some of the best he’s ever seen.

Bobby brings with him four longtime agents he describes as his A-Team: Nicki Vormbrock, Nick Novak, Geoff Novak and Becky Mann. They have a wealth of real estate experience and are known for offering clients quality and consistent customer service. In addition, Bobby has already made three additional agent hires of Tyler Bacon, Bobby Lewis, and Josh Cooper.

In announcing his move to Red Edge, Bobby made it a point to thank his clients on social media: “Many of you have given us the confidence we needed to take this leap. We wouldn't be here without your business and trust for the past 15 years.”

Red Edge Realty's Vormbrock-Novak Real Estate Center is officially open for business and the Bullitt County Chamber of Commerce plans to host a ceremonial ribbon-cutting on March 22nd at 1:00 pm at the new office which is located at 683 N 31 E Bypass, Mt Washington, KY 40047.

Red Edge Realty also has locations in the East End, Highlands and Shepherdsville.

Free Market Analysis
what is my home worth?
Our FREE service provides you with your home's current market value and suggested selling price.
FIND OUT NOW!
By continuing to use this website, you agree to our Privacy Policy and Terms of Service.